Hot and Cold Aisle Thermal Containment: The Most Efficient Way to Cool Your Servers 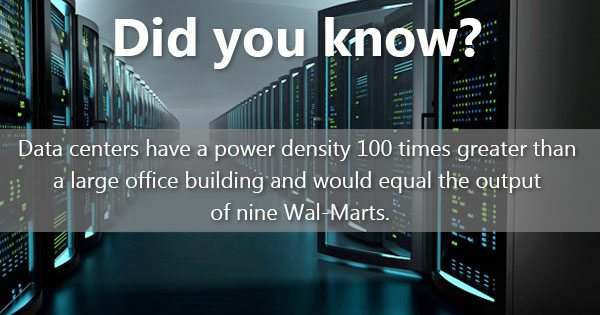 Did you know that data centers have a power density 100 times greater than a large office building and would equal the output of nine Wal-Marts? With all this energy, the importance of properly cooled IT equipment is often underestimated. In fact, over 65% of equipment failures are a direct result of poorly maintained or inadequate air conditioning in the server room. The stress this places on IT professionals is unfair. That’s why technological advancements in server cooling are almost as important as advancements in server technology itself.

The Old Way
As technology has advanced, we have seen men on the moon, electric cars, and digital currency. Yet the basis for all of these accomplishments, computers, have yet to find adequate cooling.

Server rooms used to use alternating aisles for hot and cold air with no containment. First would be a row cooled by air conditioners. Next would be a row of servers, next would be would be the hot aisle. This is a hot aisle/cold aisle system. The way it would work is the cold air from air conditioners would blow on the servers to cool them down. The servers would heat up the air that was being used to cool them and this air would go into the hot aisle. The primary problem with regular cold and hot aisles is that a great deal of the cold and hot air mixes together causing an average temperature that wouldn’t cool down the servers in high density applications. The other problem with the cold and hot air mixing is it causes significant inefficiencies with the overall cooling system.

Both of these new thermal containment systems are a massive improvement over the old open-air systems. If you are an IT professional, look into containment technology to make your life easier.