Keeping Cool: 4 Reasons Why Hot and Cold Aisle Containment Is The Best Option 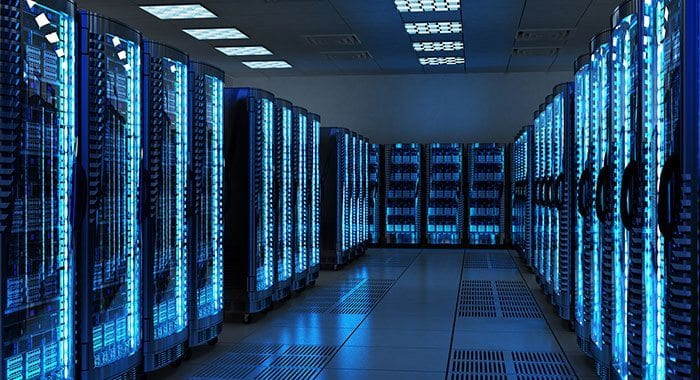 Your national company’s data center likely can understand the drawbacks of having that much technology in one place. All those high powered computers in one space requires constant cooling, personnel around the clock, and puts a huge strain on the local power grid. In fact, according to research, one data center uses about 100 times the amount of energy as a large commercial office building. Their power usage is about that of nine large department stores. This can run up a huge bill. If your data center has 30 KW of air conditioning working at just 70% capacity, it will run about a $23,000 bill annually. While many companies could simply absorb that cost, energy conscious companies will not want to, as this same air conditioning system would also emit 243 tonnes of greenhouse gasses annually.

What Is Hot and Cold Aisle Containment?

The smart business is always interested in cutting costs while still maintaining the same efficiency. Many business owners might balk at the idea of hot and cold aisle containment as they may only fit certain server rack types. However, the containment fits both older server racks and newer ones. So, whether you are a startup building a new data center or an older, established company, there is something offered to you. As shown above, air conditioning bills for data centers are huge and, according to research, only going up. It is estimated that, in the next three years, costs could rise 2/3 above where they are now. These extra costs could mean layoffs or increased product pricing, which could drive away customers. Hot and Cold aisle containment systems can cut these costs by up to 35%, a huge boost.

Anybody who has had a laptop on their lap for too long knows that increased temperature makes technology run slower. This is no different in data centers. A rise in temperature that might not even be noticeable for a person affects the efficiency of computers. Keeping them more consistently cool, as preventing the air mixing does, can keep them running smoothly longer and even lengthen the life of each CPU.

Most people have had a job where the conditions were less than ideal. Working in a hot environment is less than ideal for personnel, and will likely make the job less attractive than other options. If the worker chooses to leave for another job, a new person will have to be trained, thus decreasing efficiency, albeit temporarily. No company wants to go through personnel fast.

A whole 80% of data centers either have or are looking into hot and cold aisle containment for the server racks in their data centers. One major reason for this is that they have likely incurred one or more failures and realize the consequences of these. They also know that over 65% of IT equipment failures are caused directly by poorly maintained air conditioning, inadequate air conditioning, or air conditioning failure. Much of these problems can be avoided by installing hot and cold aisle containment.

Hot and cold aisle containment is the future of data centers. If you wait too much, your competitors will be saving money and increasing profits (due to efficiency) and will be able to beat your prices. Do not fall behind; join the future of data protection by installing hot and cold aisle containment in your data centers. Consider using AMCO Enclosures, as their customers recommend their quality product. Use the best, as it will maximize the benefits. Call AMCO today, and bring your company into the future before your competitors do.