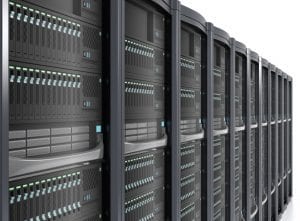 In November, LinkedIn, the professionally-oriented social media network, unveiled its new data center in Hillsboro, Oregon. And with so much emphasis on electronics rack cooling efficiency, you can bet that the new center uses a cutting-edge custom data rack cooling systems.

The new facility utilizes one of the largest capacities of rear-door chilling to date, and also runs completely on renewable power.

“From a sustainability perspective, our goal is to be as efficient as possible while minimizing the impact on the local environment,” said Michael Yamaguchi, LinkedIn’s director of data center services.

The data center’s location was strategic in placement. While LinkedIn has two other data centers in the U.S. — in Texas and Virginia — this one was meant to provide better server connections for the west coast and Asia. Transferring the heat generated by the network switch racks to water helps rid the data center of excessive heat, and Hillsboro’s naturally cool climate allows LinkedIn to turn off its water cooling systems for 145 days out of the year.

As it’s well known, data centers consume a lot of energy to keep networks up and running for consumer use. Cooling systems consume even more energy. In fact, in June, the Department of Energy’s Lawrence Berkeley National Laboratory released data from 2014 detailing data center energy consumption.

U.S. data centers consumed 70 billion kWh, or approximately 1.8% of all electricity generated in the U.S. that year. The lab expects to see a 4% increase between 2014 and 2020. The amount of power that a single data center harnesses is 100 times greater than that of a commercial office building and is equivalent to nine small-sized shopping malls of Wal-Mart size.

Already, some tech futurists are looking to a cutting edge solution to this problem: liquid immersion. In the same way that Hillsboro’s low temperatures reduce cooling costs, underwater data centers would benefit from naturally low temperatures.

There are a number of corporations experimenting with the practice, and many industry experts believe that liquid immersion could decrease energy dependence significantly. Of course, for now, companies rely on terrestrial IT racks and cooling technology like cold aisle containment systems.

To that end, AMCO Enclosures can produce custom IT racks and cooling systems to meet your specific needs.